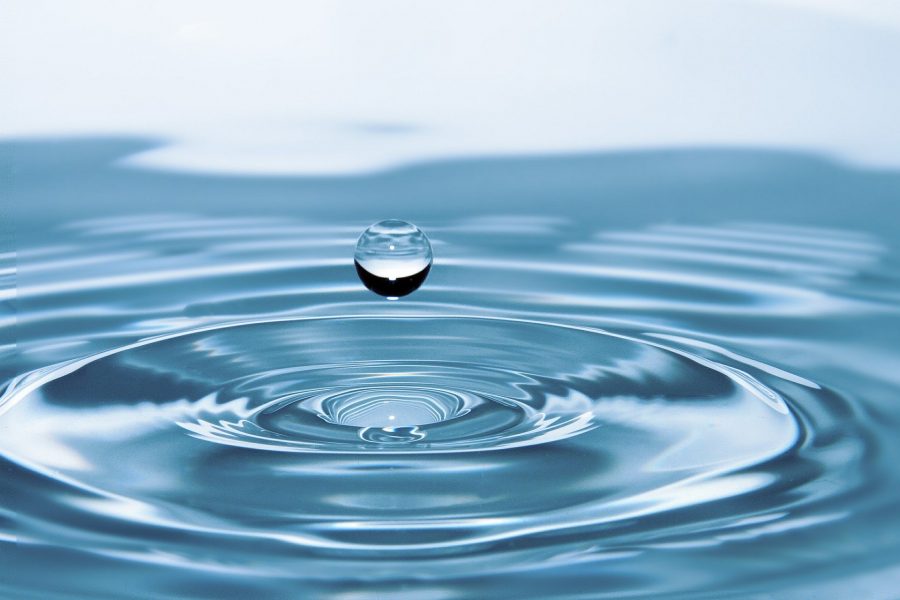 In Facts and figures

Under the theme of “Water and Climate Change”, the World celebrates the World Water Day and World Meteorological Day 2020.

The aim of unifying the theme of both world days is due to the realization of the significant connection between water and climate, and in order to coordinate the efforts of the administrations of the two sectors to ensure the sustainability of water and face the effects of climate change, especially that both are considered essential parts in achieving the Sustainable Development Goals, as well as working on limiting natural disasters in a proactive manner.

87 Liter/day is the Palestinian Water Consumption Rate Per Capita

The daily allocation per capita from consumed water for domestic purposes is 87.3 liter/capita/day in Palestine by dividing the grand total of consumed water quantities by the total number of population. This percentage reached 90.5 (l/c/d) in the West Bank with an improvement compared to previous years as a result of the implemented and completed water projects that contributed to the development of the available sources and reduction of the lost.

In Gaza Strip, it reached 83.1 (l/c/d) by 5.2 liters less of last year due to the increasing population and by taking the high water pollution rate in Gaza and calculating the quantities of safe water for human use from the available quantities divided by population, then, the per capita share of fresh water reaches 22.4 liter/day. When taking the variance in capita share among governorates, one realizes that achieving a just distribution between localities became one of the main challenges facing the State of Palestine. It is also worth mentioning that water consumption rate per capita in Palestine is still below the internationally recommended level due to the Israeli control over more than 85% of the Palestinian water sources.

The amount of water extracted from the coastal aquifer  for domestic use was 177.6 million cubic meters (MCM) in Gaza Strip in 2018. It is worth mentioning that this quantity is obtained via over pumping which led to the depletion of groundwater reserves, with the groundwater level in the coastal aquifer reached 19 meters below sea level, and it also led to the overlapping of sea water and sewage water filtered into the basin. Moreover, more than 97% of the water pumped from the coastal aquifer in Gaza Strip does not meet the water quality standards of the World Health Organization.

The above stated figures highlighted and foreseen the possibility of facing of a real catastrophe in Gaza strip, which made the Palestinian Water Authority intensify and increase its efforts to rescue the water situation as well as mitigate the effects of this difficult situation on the daily life of about 2 million persons in Gaza Strip. Thus, it is expected that such indicators will improve in the coming years with the start of the implementation of the strategic water and sewage projects in Gaza Strip.

77% of Available Water is from Groundwater

Palestine mainly relies on water extracted from ground water resources, where its percentage reached 77% of available water. Also, the quantity of water pumped from groundwater wells (Eastern aquifer, Western aquifer and North-Eastern aquifer) in the West Bank in 2018 was 99 MCM. The main reason behind the low use of surface water is due to the fact that the Israeli occupation prevents Palestinians are from accessing and extracting water from the Jordan River, in addition to preventing the Palestinians from using water from valleys.

According to 2018 data, it showed that Palestine has started producing quantities of desalinated water that is expected to increase in the upcoming years with the start of operating limited quantity desalinated water stations in Gaza Strip; however, these quantities will greatly increase with the implementation of the program of the Central Desalination Station.

With scarce water and Israeli restrictions on access to resources, Palestinian cities are forced to purchase water from the Israeli water company “Mekorot”. In 2018, they purchased 85.7 MCM, which represented 22% of the water available in Palestine (389.5 MCM). Additionally, 25.5 MCM of water were produced from the Palestinian springs while 274.2 MCM are pumped from ground water wells and 4.1 MCM are desalinated drinking water.

By subtracting the amount of water extracted from the coastal basin in Gaza Strip that amounts to 177.6 MCM (which constitutes 45.5% of the water available to the Palestinians that are stated above) as it does not conform to the specifications of the World Health Organization, the quantities of water available for all uses of the Palestinians are only 211.9 MCM that include groundwater, purchased water and desalinated water.

Amount of Rainfall in 2019 is More than  the Mean Average

It is worth mentioning that the rainfall concentrated in most of the governorates in December.

Total Evaporation is Higher than the Mean Average in 2019

Data showed that the total evaporation in Palestine during 2019 increased in the majority of available stations, where it reached its highest,  2,416  mm, in Jericho Station and its lowest, 1,708 mm, in Ramallah Station.

Data showed that the annual relative humidity in 2019 ranged between 43% in Jericho Station and 75% in Nablus Station.

Note:  Data mentioned in the press release exclude those parts of Jerusalem which were forcefully annexed by Israeli Occupation in 1967.

Accordingly, the water sector is considered one of the sectors that was affected by the phenomena of climate change, where fresh water resources – surface and underground – became lesser due to the decline in time duration for rainfall, in addition to the change of rainfall intensity, time distribution. This, in return, will make it even harder to compensate the consumed amounts of the underground water and highlighting the risk of  declining the level of groundwater reserves as well as increasing the cost of water extraction through increasing the energy used in extracting groundwater. Also, the increasing factors of global warming and the increasing averages of evaporation will directly impact the surface water and groundwater. Moreover, some of the climate change effects have clearly been noticed on springs flow to the extent that some springs dried out.

Currently, the Palestinian Water Authority and Palestinian Meteorological Department, in cooperation with related local authorities, are implementing a number of programs aiming to monitor and evaluate the effects of the climate change, produce necessary reports in this regards, in addition to preparing required plans to adapt with these effects in the future.