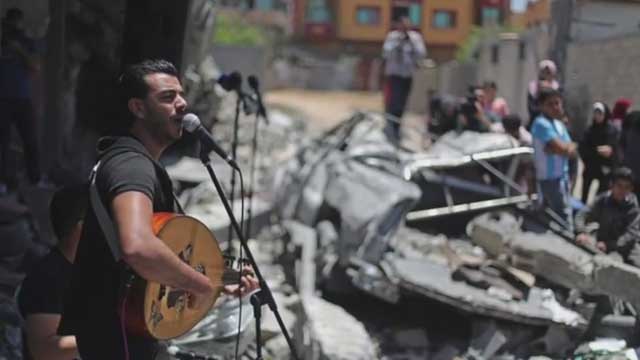 Song of the Besieged

The UN said Gaza was ‘unliveable’ but life beyond liveability in Gaza is inevitable… the ‘Song of the Besieged’ was written and performed by Samah Sabawi, with music by Palestinian Australian composer Nahed ElRayes.