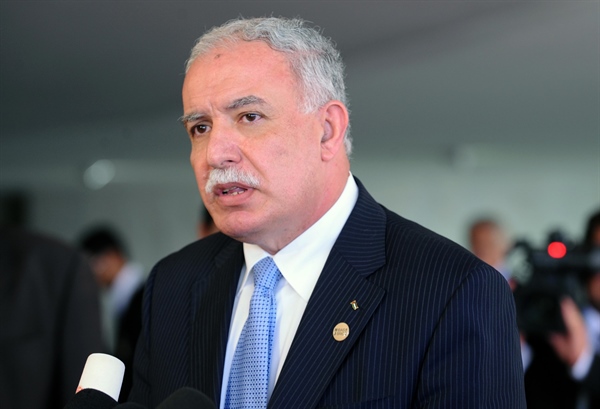 Riyad Al-Maliki: “The American Plan is based on the idea that for Israel to have its’ security, the Palestinians must be deprived of their sovereignty”

The Minister of Foreign Affairs and Expatriates Riyad Al-Maliki during his intervention before the members of the Foreign Relations Committee in the European Parliament in the Belgian capital, Brussels, said that the American plan will not bring peace and will not guarantee security, nor rise to its name for the two-state solution, because it requires us (Palestinians) to coexist with illegal settlements, the illegal wall, and illegal annexation And all this does not end the occupation, but rather perpetuates it.

Minister Al-Maliki stressed that the history of the continent of Europe taught us more than any other continent, what people can do at their best and what they can do at their worst, it teaches us the importance of a precious peace, that there is no alternative to freedom, and that peace is created and safeguarded by mutual respect and equal dignity.

The Foreign Minister added: “Some of them echo that they are good friends of Israel, and we do not object to that, but they should advise it (Israel) that the colonization of our land, the blockade, and the immunity offered to the leaders, soldiers and settlers who commit war crimes, are not the right way to achieve peace and guarantee security “.

The blood of children

Palestinians cannot even die in peace