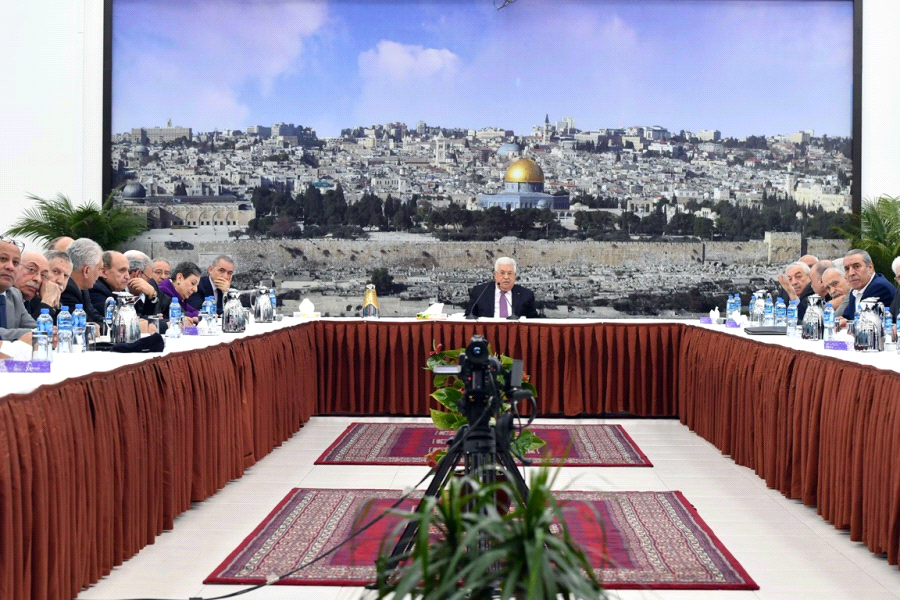 The President of the State of Palestine H.E. Mahmoud Abbas, speaking following the announcement of the American so-called ‘deal of the century’, rejected the American plan and said the leadership will start immediate measures to change the functional role of the Palestinian Authority as called for by the Palestine Liberation Organization’s (PLO) Central Council.

President Abbas chaired a leadership meeting called for to discuss Palestinian response to the American plan revealed by US President Donald Trump in the presence of Israeli Prime Minister Benjamin Netanyahu. The emergency meeting was attended by representatives of all Palestinian factions.

The President stressed that Jerusalem and the Palestinian rights are not for sale after Trump said that the Palestinians will get $50 billion in investments to develop their country and economy.

Palestine’s Foreign Ministry: “Trump’s deal puts the Arabs and the world in front of the moment of truth”