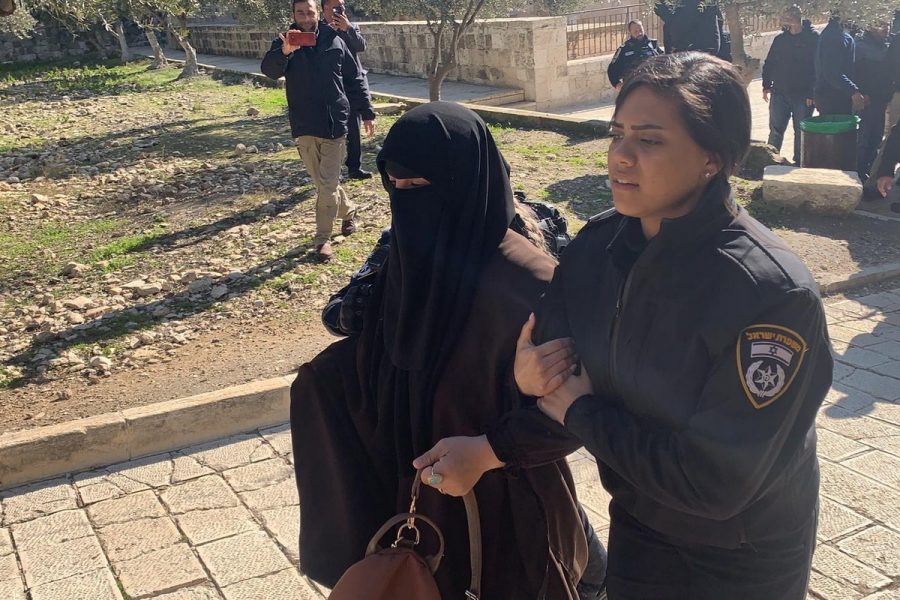 Palestinian women and girls are regularly subjected to violence, threats, intimidation and discrimination as a result of the illegal Israeli policies and practiced, such as, but not limited to, extrajudicial killings and injury, home demolitions, confiscation of land, destruction of property, forced displacement, arbitrary detention, harassment, collective punishment and settlers’ terrorism. Below are few of the violations that Palestinian women and girls are subjected to.

Unlawful Detention and ill-treatment of detainees

Female detainees suffer from harsh imprisonment conditions including medical negligence, denial of education, denial of family visits, solitary confinement, overcrowded cells which are often filled with insects and dirt and lack natural light. Personal health and hygiene needs are not provided for female detainees even for pregnant women and those on their menstrual cycle.

Moreover, women detainees are subjected to psychological torture and ill-treatment throughout the process of their arrest and detention, including sexual violence, such as physical torture, insults, threats, violent body searches, and sexually explicit harassment. These techniques of torture and ill-treatment are used are used by Israeli occupation forces to humiliate Palestinian women and coerce them into giving confessions.

Palestinian women and girls live under the omnipresent threat of having their homes demolished or of being forcibly evicted. The result of intimidation and possibility of losing their livelihood has profound economic, social, and psychological consequences on women and their families, who are often left homeless, or resulted to live in over-crowded, or less than adequate conditions. Such illegal actions taken by Israeli occupation forces violate the right of Palestinian women and girls to adequate housing as well as their right to family and private life.

[1] According to the statistics of Al-Haq Organization for 2019.

[4] OCHA, Humanitarian snapshot: Casualties in the context of demonstrations and hostilities in Gaza | 30 Mar 2018 – 31 October 2019, available at: https://www.ochaopt.org/contenl/humanitarian-snapshot-casualties-context­ demonstrations-and-hostilities-gaza-30-mar-2018-3

[5] According to the statistics of The Commission of Detainees and EX- Detainees Affairs, March 2020.

[6] OCHA, Data on demolition and displacement in the West Bank, available at: https://www.ochaopt.org/data/demolition