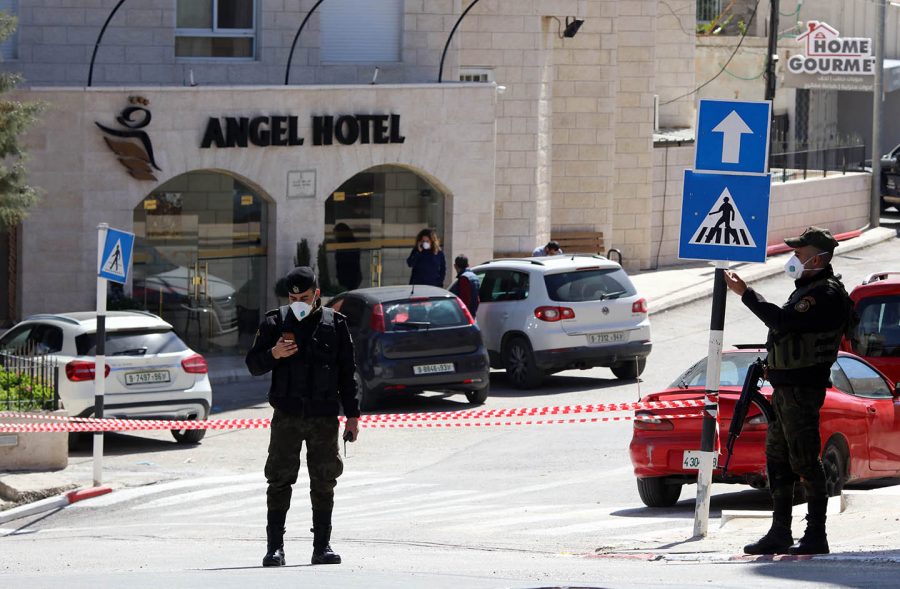 President Mahmoud Abbas issued a presidential decree declaring state of emergency in Palestine for one month, after seven cases of coronavirus were confirmed in the West Bank city of Bethlehem on Thursday.

Prime Minister Mohammad Shtayyeh, in his efforts to fight the coronavirus, decided to shut down the country for one month, the duration of the period President Mahmoud Abbas has earlier declared as an emergency period, starting at 8:00 am local time on 06 March 2020.

The Prime Minister said that based on the powers granted to him in the decree by President Mahmoud Abbas, he decided to shut down all educational facilities, all tourist and religious areas, national parks, and cancel all hotel reservations for foreign tourists.

At the same time, all national or international conferences planned in Palestine will be canceled.

He also stressed that movement between the Palestinian cities should only be done “in cases of extreme necessity,” especially in the governorate of Bethlehem where the first seven cases of coronavirus have originated.

Shtayyeh also said he was studying closing all crossings between Palestine and the rest of the world “as needed.”

All kinds of gathering, celebrations, demonstrations and strikes have been prohibited throughout Palestine and each governor in his governorate was charged with implementing these procedures as security forces will be deployed to implement these decisions.

Media statements from any official except those authorized by the Prime Minister were also prohibited.

On 06 March 2020 spokesman for Health Ministry Tarif Ashour confirmed that Ministry’s medical teams tested the samples of 51 suspected Covid-19 patients at Jericho Resort Village, where a group of Greek tourists stayed during a tour in late February, and the test results turned out to be negative.

He added that teams of the Ministry’s Central Lab continue to test scores of samples for suspected cases from various districts.

This came after a total of seven Palestinians from Bethlehem have tested positive for the virus. The seven worked at a hotel near Bethlehem, where the same group of Greek tourists stayed during their tour of the Palestinian territories and Israel.

Media reports said that 23 Greek tourists among the group tested positive for the virus after returning to their country.

The hotel, located in Beit Jala city, has been placed under lockdown and designated as a quarantine site.